VRlab-Brussels was excited to initiate his first cinematics (360 video) workshop. This very first one will be led by our guest Marijn Goossens who will share his cinematic discoveries during his thesis (with a workshop).

Entire recording of the event. 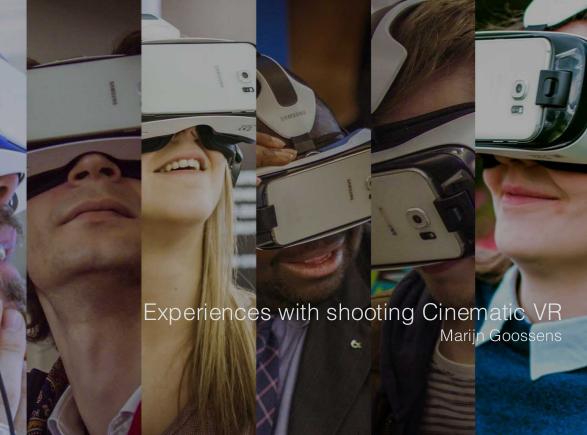 Marijn Goossens (Antwerp, 1994) studies Television at the Royal Institute of Theater Cinema and Sound (RITCS) in Brussels, Belgium. In addition to pursuing his Master’s degree, he is always searching for new media formats and original content as a creative producer/director. He recently co-produced a fantasy short film with TvBastards and Kinepolis and is now researching the narrative possibilities in cinematic VR content. He tested the results of this research by making Paradise, the first VR film in Belgium. He is also co-founder of Soulmade, a live-action VR start-up.

360 video created during the event.

Photos and description of the event on http://www.meetup.com/VR-LAB-Brussels/events/231854474/